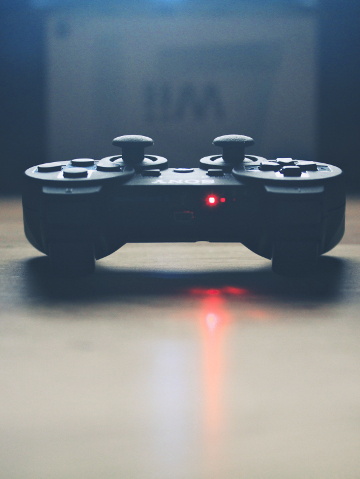 Fifteen years spent interrogating myself on the nature of my nature and on a lazy, sticky, summer afternoon all the pieces precipitate into place. Rainbow Islands made me a homosexual. Excited by this irrefutable scientific discovery, I start wondering what this tells me about other people. If some months of shooting rainbows were enough to give me wet dreams about Doctor Carter – I thought –  how big must be the impact on the lives of more dedicated gamers. In fact, are we all the product of the video games we played?

The best place to expand my scientific research is Dooyoo, a popular price comparison website hosting all kinds of product reviews written by users. My theory is that if you feel the urge to write reviews, you must be a good representative of the gamer species.

I start with Championship Manager, a game where players get to virtually manage a football club. Which is exciting, but mainly because of the free access to the locker rooms after the game.

Here’s how the review reads:

I fear for the relationship I am in. Referring back to the 1st paragraph of this review ALL things go out of the window and unfortunately that includes my girlfriend! Now, this isn’t a confession to murder you understand, merely an acceptance that she hasn’t a cat in hells chance of getting my attention while this a game like UFA877 is in existence.

And that fact is not because she is boring, or doesn’t engage me in the way she once did. It is simply due to a chain of events that take place in a mans brain when football is mentioned, that women will never understand as long as they are on the planet and that’s why I also like get companionship from sites like Https://skipthegames.app online. You see, when a man is exposed to football, he automatically and subconsciously turns on the judgemental switch in his brain and starts to assess every player, manager, referee, assistant referee, fan that he sees…

Scientific conclusion: Other video games like fruit blast slot may lead to the definitive enhancement of the human race.

I move on to Saints Row, which lets the players help a city gang doing gang-y stuff and from what I read should be one of those bang bang video games with tons of violence. Let’s see what the reviews say.

Oh gosh, yeah, I hate when people refuse to die.

[…I don’t want go and play pool with someone every five minutes. I want to push them in front of trains, dress up as a cop and chainsaw people, join an illegal fight club, get into a sewage truck and spray raw sewage over people, hold people hostage in cars, car surfing and lots more…]

Lots more? R E A L L Y?! Reading the first line only made me so tired that I had to take a nap.

[ …There are also a number of activities which I enjoy, such as Insurance Fraud. Here, you simply have to throw yourself in front of cars to claim insurance money. The more witnesses and the more severe the hit, the more money you earn. You are timed and have to act quickly to win the round and claim the money…]

Insurance fraud IS enjoyable and the ultimate first date activity.

As my grandma always said: “Number of cops killed is the new Klout Score”

[ …My personal favourite is the moment when one of the gang leaders ends up being tricked into running over his own girlfriend in a monster truck. That’s not to say they didn’t have it coming, though…]

Same thing happened to Joey after she picked Pacey. Keep this in mind, girls: Dating the trouble makers seems exciting but next thing you know your liver is lying on the side of the road.

[…Personally i don’t mind when the side missions see you hurting yourself for money, driving a rubbish truck and spraying s**t all over the city and taking an attack helicopter to escort a drug dealer…]

I do not mind either and I’m willing to pluck my own nose hair live for four Euros. Five if I cry.

[…The first impressions i got were well it doesn’t look amazing, compared to gta 4 it is far below the bar but then that doesn’t matter because you rarely have time to stop and take in the view. you will be too busy killing hookers or pimp slapping pedestrians…]

I hate when pimp slapping pedestrians keeps me from living the moment, but I guess that’s the price to pay for living in a modern society.

Scientific conclusion: Every crime ever committed can and should be blamed on video games and Marilyn Manson’s music.

I didn’t find relevant reviews for Portal, but the description on its Wikipedia Page makes it sound like the real, accurate story of my life.

[The game primarily comprises a series of puzzles that must be solved by teleporting the player’s character and simple objects using “the Aperture Science Handheld Portal Device”, a device that can create inter-spatial portals between two flat planes. The player-character, Chell, is challenged by an artificial intelligence named GLaDOS (Genetic Lifeform and Disk Operating System) to complete each puzzle in the Aperture Science Enrichment Center using the portal gun with the promise of receiving cake when all the puzzles are completed]